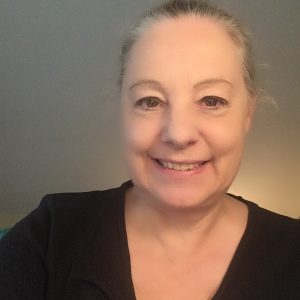 PROVIDENCE–Buff Chace, the chairman and one of the founders of the Providence Resilience Partnership, announced today the organization has hired veteran policy counsel Michele Jalbert to lead the organization through its plans to grow and scale in order to help make Providence a climate-ready community.

“Providence’s institutions and job creators need to take the lead at this moment to make our city climate-ready. The bipartisan federal infrastructure bill will have an enormous impact on climate resiliency when passed and Providence needs to be ready to compete for these resources,” said Buff Chace, chairman of the Providence Resilience Partnership. “Michele’s policy and management background makes her the right choice as we scale and commit to a long term process to engage, process, dialogue, plan and execute adaptation projects and actions to make all of Providence thrive.”

“Providence is a city I love and a community I know is passionate about being climate ready. The opportunity to align stakeholders, utilize our broad membership and advocate for the projects and actions to make Providence resilient is an opportunity I am excited to begin,” said Jalbert. “The scientists, engineers, planners, philanthropists, academics and job creators that started this organization had the vision. Now, we need to make Providence a leader in adapting to the challenges climate change is bringing to all coastal communities.”

Jalbert interrupted a promising corporate career to enter public service. She became the Washington Director for then-Congressman Bill Delahunt (MA) eventually managing all aspects of the congressional office, developing and implementing all policy objectives, including policy and project work related to coastal management, appropriations and environment/energy issues that affected both Massachusetts and Rhode Island

She left Delahunt’s office in 2007 to become the chief of staff and general counsel to the New England Council, the region’s premier voice for economic growth and the country’s oldest business organization. The council is a non-partisan alliance of businesses, academic and health institutions, and public and private organizations t\and which promotes economic growth and a high quality of life in all six New England states, including Rhode Island.

The Woonasquatucket Greenway and Seekonk Riverbank Revitalization will be featured as model projects for advocacy by PRP. The release of these first two projects is the beginning of a long-term process to engage, process, dialogue, plan and execute adaptation projects and actions to make Providence thrive. PRP is reaching out to the Providence community for more submissions and extending its deadline until Oct. 15.

PRP will continue to accept projects or actions here.

The Providence Resilience Partnership is a collaboration of private business, not-for-profits, and institutional representatives focused on preparing for the impact of climate change and sea level rise in Providence. Providence’s vulnerabilities including, the risk from storm surge, sea level rise and extreme rain events is urgent and will increase over the next two decades to unmanageable levels.