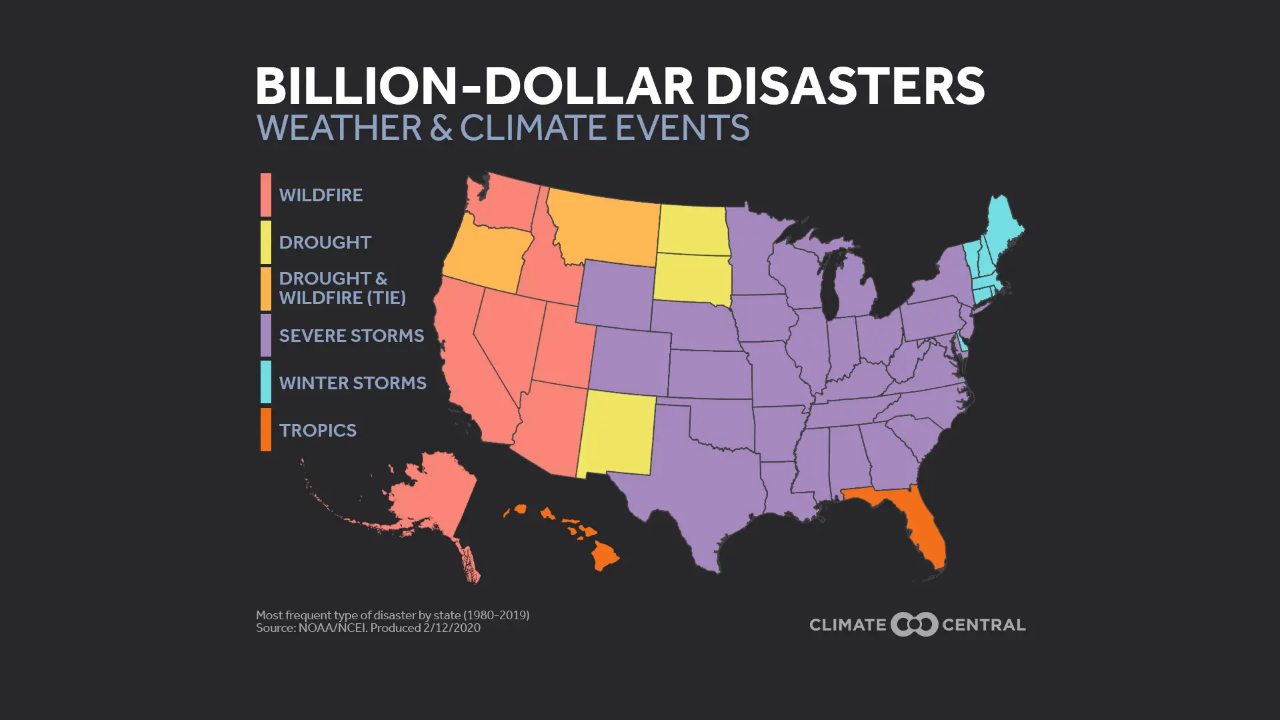 Extreme weather events, such as hurricanes, heatwaves, and droughts, have had a widespread impact throughout the U.S. in recent years. Coinciding with the rise in global temperature, the frequency and intensity of these events have increased, causing severe damage. In 2022, the United States experienced 18 separate extreme weather disaster events, which resulted in significant economic losses. According to a report by the National Oceanic and Atmospheric Administration (NOAA), the total cost of these events was an astounding $165 billion.

The increased frequency weather-related events threaten a community’s ability to recover because of less recovery time and the depletion of available resources. The frequency of these events has also increased from 82 days between disasters back in the 1980s, to 18 days from 2017 to 2021. Annual costs from climate and weather-related disasters have exceeded $100 billion in five out of the last six years.

The United States has been hit hard by landfalling Category 4 or 5 hurricanes in recent years, with five out of the last six years experiencing such storms. This trend is reflective of the broader increase in natural disasters that are causing billions of dollars in damage. The average number of billion-dollar disasters has surged, driven by a combination of factors, including more people living and moving to areas at high risk of natural hazards, increased vulnerability due to increasing hazards like wind speed and fire intensity, and a warming climate, as noted in the NOAA report.

The heatwaves that swept across the country in the summer of 2022 also caused significant economic losses. The prolonged heat caused crops to fail, and the cost of cooling homes and businesses skyrocketed. The last eight years have been the warmest in modern history, according to European researchers.

It’s clear that climate change is no longer a distant threat; it is a reality that is affecting us now. Extreme weather events, fueled by human-caused climate change, are occurring at a higher frequency with an increased cost to dollars and lives. The $165 billion in economic losses that the United States experienced in 2022 serves as a stark reminder of the urgent need to address this issue. The longer we wait to take action, the more expensive it will be in the long run.