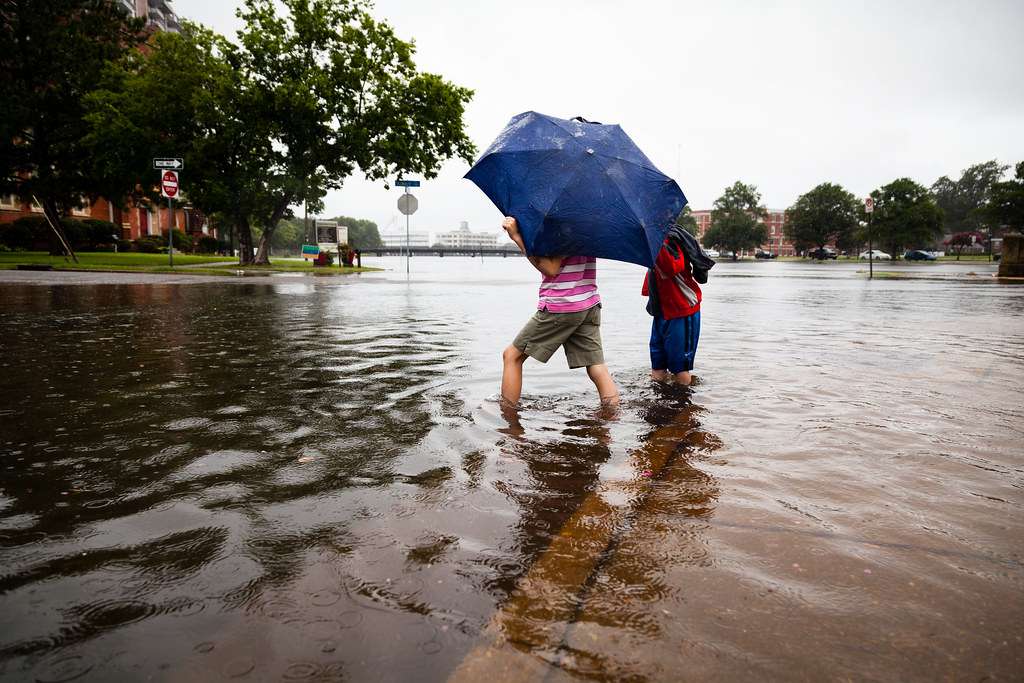 NOAA’s recently released Global and Regional Sea Level Rise Scenarios for the United States  highlighted the increasing risk from “sunny day” flooding, and other consequences of relentless sea level rise. Like other coastal communities across the U.S., New England continues to experience more frequent high-tide flooding, forcing residents and visitors to deal with flooded shorelines, streets, residences and critical infrastructure. As sea level rise continues, damaging floods that happened sparingly decades ago are happening more frequently, exacerbated by prevailing winds or currents, as well as full moons. New England saw record high-tide flooding last year — a trend that is expected to continue into 2023 and beyond without improved flood defenses.

New England must start planning for regular inundation, especially in places where coastal development and sinking land compound the risks of sea level rise. Off the coast of Rhode Island, sea level has increased up to 5 inches higher than it was in 1956 due to sinking land. The low-lying areas that characterize much of Downtown are vulnerable to more frequent, higher, chronic tidal flooding. The majority of the city’s infrastructure that is at risk from sea level rise—its roads, bridges, and buildings—are located Downtown. Jeopardizing nearly 7,000 Providence Small businesses which are vulnerable to flooding, as reported in PRP’s Towards a Resilient Providence.

The consequences could go beyond floods. Critical infrastructure such as storm and wastewater systems require resilient upgrades to cope with the influx of seawater spillage. Homes and important infrastructure within range of high tides may have to relocate if mitigation is no longer feasible. Saltwater threatens to infiltrate coastal aquifers ultimately affecting water quality to millions of coastal residents. Also susceptible to failure, septic systems, which are not designed to safely handle waste as water tables continue to rise. According to the U.S. Geological Survey, groundwater salinity levels are rising for multiple reasons, including overuse of deep aquifers by water utilities and agricultural users.

With a broader perspective on the overall U.S. coastline, the three biggest takeaways from the release of the 2022 Sea Level Rise Technical Report, are 1. The next 30 years (2020 – 2050) sea level along the coastline is projected to rise, on average, 10 – 12 inches (0.25 – 0.30 meters). 2. Sea Level rises’ direct impact on coastal flooding will become more damaging. By 2050, “moderate” (typically damaging) flooding is expected to occur, on average, more than 10 times as often as it does today, and can be intensified by local factors. And 3. Current and Future emissions impact sea level rise and at the current rate could cause an additional rise of 1.5 – 5 feet (0.5 – 1.5 meters) by the end of this century.